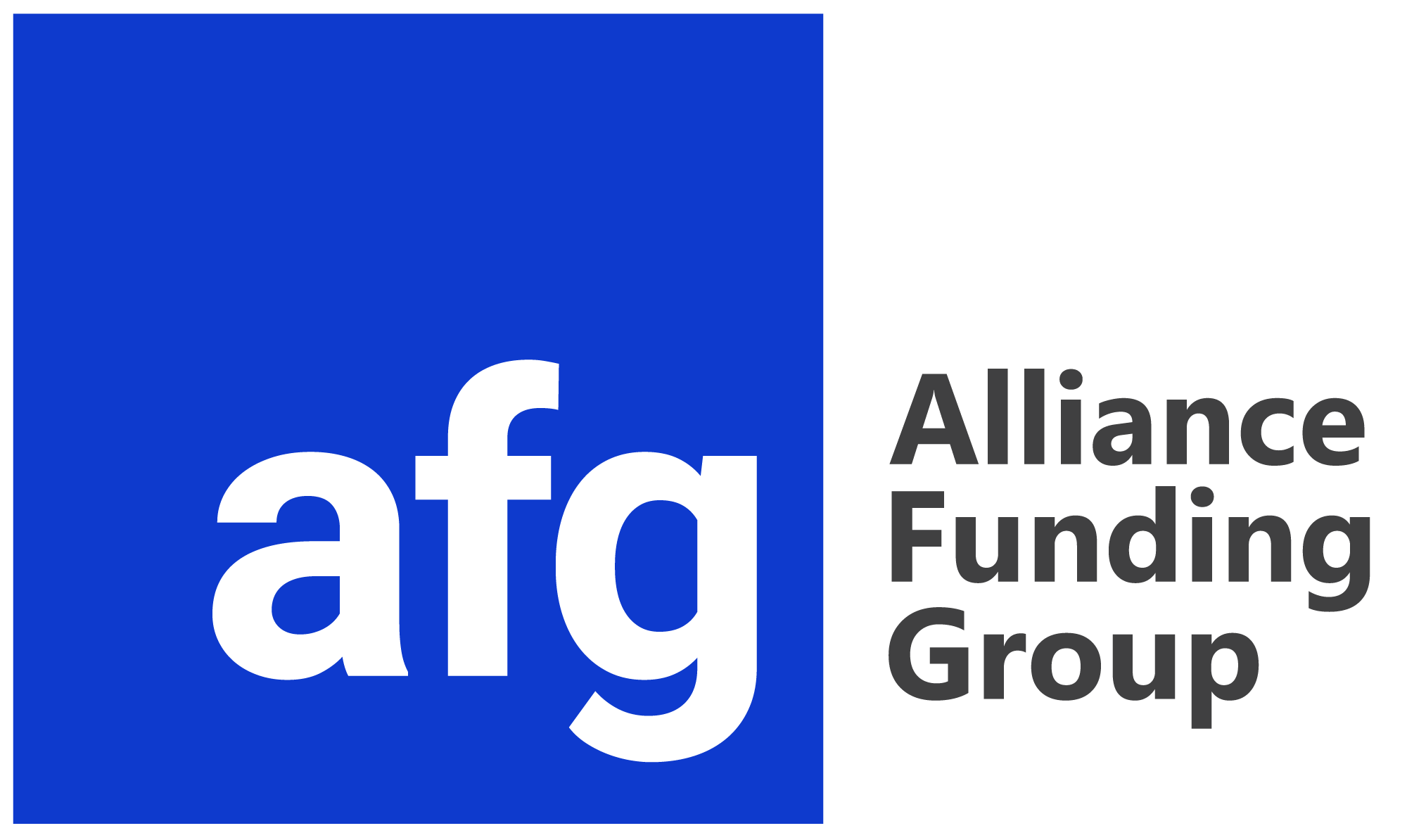 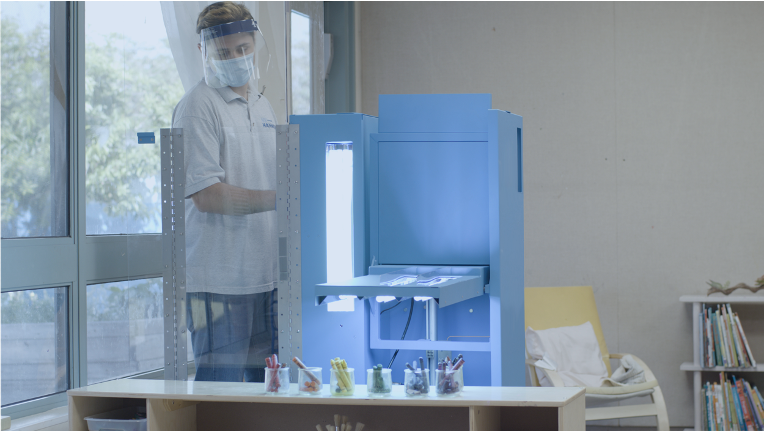 LOS ANGELES, March 10, 2021 — Dimer announced its partnership with Alliance Funding Group (AFG) to begin offering flexible and affordable leasing options for its state of the art mobile ultraviolet disinfection solution, coined the UVHammer. This partnership will continue to enable widespread adoption of higher health standards, making it possible for any organization to onboard this pivotal technology into their existing cleaning protocols.

Dimer’s UVHammer provides the fastest, simplest, and most effective UV disinfection on the market. The solution utilizes the same patented technology as Dimer’s GermFalcon – the revolutionary germ-killing device for aircraft cabins that has been brought to market globally by Honeywell, and more recently recognized in TIME’s Best Inventions of 2020.

Dimer’s UVHammer has been verified by a Nationally Recognized Testing Laboratory to be capable of disinfecting a 400sqft operating room in less than 3 minutes. The UVHammer’s patented design enables it to work in nearly any commercial setting and has been utilized to disinfect hospital rooms, hotel rooms, offices, electronics bays, restaurants, and more. The UVHammer is now available for lease starting at $35 / day.

“Dimer wants to save lives by killing germs. Our new partnership with AFG enables Dimer to offer incredibly affordable options for all of our customers, making sure everyone has the opportunity to access the best possible solution.” – Elliot M. Kreitenberg, Co-founder & President of Dimer

Alliance Funding Group (AFG) has funded over $2 Billion dollars in equipment loans, leases, and working capital to over 25,000 customers. Recently ranked as one of the fastest-growing independent leasing companies in the US, AFG possesses the financial resources, industry expertise, and product knowledge to serve the needs of small and medium-sized businesses throughout the United States.

Alliance Funding Group has set its sights on a path of accelerated growth. Monitor catches up with CEO Brij Patel and SVP Brent Hall to discuss the company’s plans to become one of the top 10 independents in equipment finance.

The independent’s pursuit of capital is an ongoing story. But once an independent can attract the attention of the investor community, they are poised to ascend to the next level. With a recently announced closing of a $25 million ‘BBB’ rated corporate note financing, Alliance Funding Group (“AFG”) has set its sights on a path of accelerated growth.

Monitor caught up with CEO Brij Patel and Senior Vice President Brent Hall, who discussed the company’s plans to become one of the top 10 independents in equipment finance.

“Our overall acceptance in the market and the execution on our deal was fantastic,” Hall says.  “Our whole story, how long we’ve been around, the depth of the management team, where we are now and where we’re going is really exciting, and the institutional investor market recognized that immediately,” Hall says.

AFG initially went to market with a $20 million bond through Brean Capital, which served as the company’s exclusive advisor and placement agent in connection with the transaction. “Brean  came back to us literally within a couple of days of launch and said, ‘Can we increase that to $25 million?’  The deal was oversubscribed in under two weeks.

Since founding the AFG 23 years ago, the company has funded more than $2 billion to more than 16,000 commercial customers across multiple economic cycles while continuing to expand almost entirely through its direct sales efforts. The corporate note financing, coupled with a revolving credit facility that closed in November, will enable AFG to take its business to the next level.

Patel says AFG’s primary focus over the last three years really has been in the vendor channel. “Our story is a little bit different than other stories as we have the ability to do small ticket, mid-market and working capital, a three-product

approach to the space,” Patel says. “So we can add a lot more value to the dealer or manufacturer that sells into multiple grades of credit profiles in small ticket and middle market.”

The capital will give us the ability to increase our senior facilities,” Patel says. “It will be used as a haircut capital effectively, and for our structured finance product. Where a vendor wants a deal to be structured with some vendor support, we’re able to use the additional liquidity to provide a value-add solution to the vendor and the dealer and the manufacturer. So it really sets the stage for us to take the business that has historically done small ticket, mid-market and working capital to the next level with the vendor channel.”

“When you look at the independents that are currently in the space, it’s who’s up next, right?” Hall says, pointing out that Ascentium Capital, which was the perennial No. 1 in Monitor’s Top Private Independents’ ranking has been acquired along with other larger independents.

“A lot of the larger independents that were active in ABS have gone through their cycle,” Hall says. “The investment grade rating followed by the successful capital raise of the corporate bond — all of this just stacks up to our future growth. Our five-year plan positions us clearly to become one of the top 10 largest independents in the country.”

AFG has funded over $2 Billion dollars in equipment loans, leases, and working capital to over 25,000 customers. Recently ranked as one of the fastest-growing independent leasing companies in the US, AFG possesses the financial resources, industry expertise, and product knowledge to serve the needs of small and medium-sized businesses throughout the United States.

AFG has undergone a significant transformation in the past few years. While continuing to scale their Orange County, Los Angeles and Portsmouth, New Hampshire offices, they attracted some of the best talent in sales and operations.

“Our company has transformed in the past few years and we wanted our identity to mirror that transformation,” said AFG’s president, Brij Patel. “We have always had the leadership, staff, systems, subject matter knowledge, and internal processes to support substantial growth. This new brand now makes our way clear to become the most sought after and respected leasing company in the country.”

AFG originates leases and financing for small to mid-sized commercial enterprises including; medical, construction, technology, manufacturing, federal, transportation and other diverse industries. They regularly work with hundreds of equipment vendors to originate and fund essential equipment leasing and financing contracts.

Alliance Funding Group (AFG), was founded in 1998 and has grown to become one of the largest privately held equipment finance companies in the U.S. Having funded over $2 billion in equipment at similar rates to bank affiliated finance companies, AFG provides financing, leasing, and working capital to a wide variety of businesses & government agencies, and a large spectrum of credit types. AFG currently operates out of its headquarters in Tustin, California with offices in Los Angeles, CA, Portsmouth, NH, Scottsdale, AZ, and Tacoma, WA.

Founded in 2000, Pinnacle is an industry specialist with a focus on the beverage, dental lab, construction, and specialty vehicle markets in addition to working capital solutions. As a direct originator, the Pinnacle team brings a full-service platform with deep industry knowledge and expertise.

AFG, based in Tustin, California, is an independent specialty finance company with core strengths in small ticket and middle-market equipment leases and short-term working capital solutions. In addition to its headquarters in Orange County, AFG also has an operations and sales office in Portsmouth, New Hampshire and a sales office in Los Angeles, California.

“I am very excited about our partnership with AFG and the alignment of two companies that will originate over $200 million in its first year,” stated Brent Hall, Pinnacle’s founder and president. “Pinnacle will be able to leverage the resources of a larger company while bringing to AFG a tenured management team and a developed sales platform in the northwest. Pinnacle will become a part of Alliance Funding Group and will operate under the AFG brand while still utilizing its private label brands in core markets.”

The acquisition brings together a management team with over 100 years of experience and a collective sales organization that is national in scope with expertise in small ticket, middle-market, and working capital products.

“Both culturally and synergistically, this combination creates a specialty finance and working capital platform that is poised for real growth and success,” said Brij Patel, Founder and CEO of AFG. “I have known Brent Hall for many years through the industry and I’m truly excited to have someone of his caliber along with Pinnacle’s organization to add to AFG’s current tenured sales and management team.”

This website uses cookies to improve your experience while you navigate through the website. Out of these, the cookies that are categorized as necessary are stored on your browser as they are essential for the working of basic functionalities of the website. We also use third-party cookies that help us analyze and understand how you use this website. These cookies will be stored in your browser only with your consent. You also have the option to opt-out of these cookies. But opting out of some of these cookies may affect your browsing experience.
Necessary Always Enabled

Any cookies that may not be particularly necessary for the website to function and is used specifically to collect user personal data via analytics, ads, other embedded contents are termed as non-necessary cookies. It is mandatory to procure user consent prior to running these cookies on your website.

Please fill in the form below and we’ll connect with you in 24 hours!